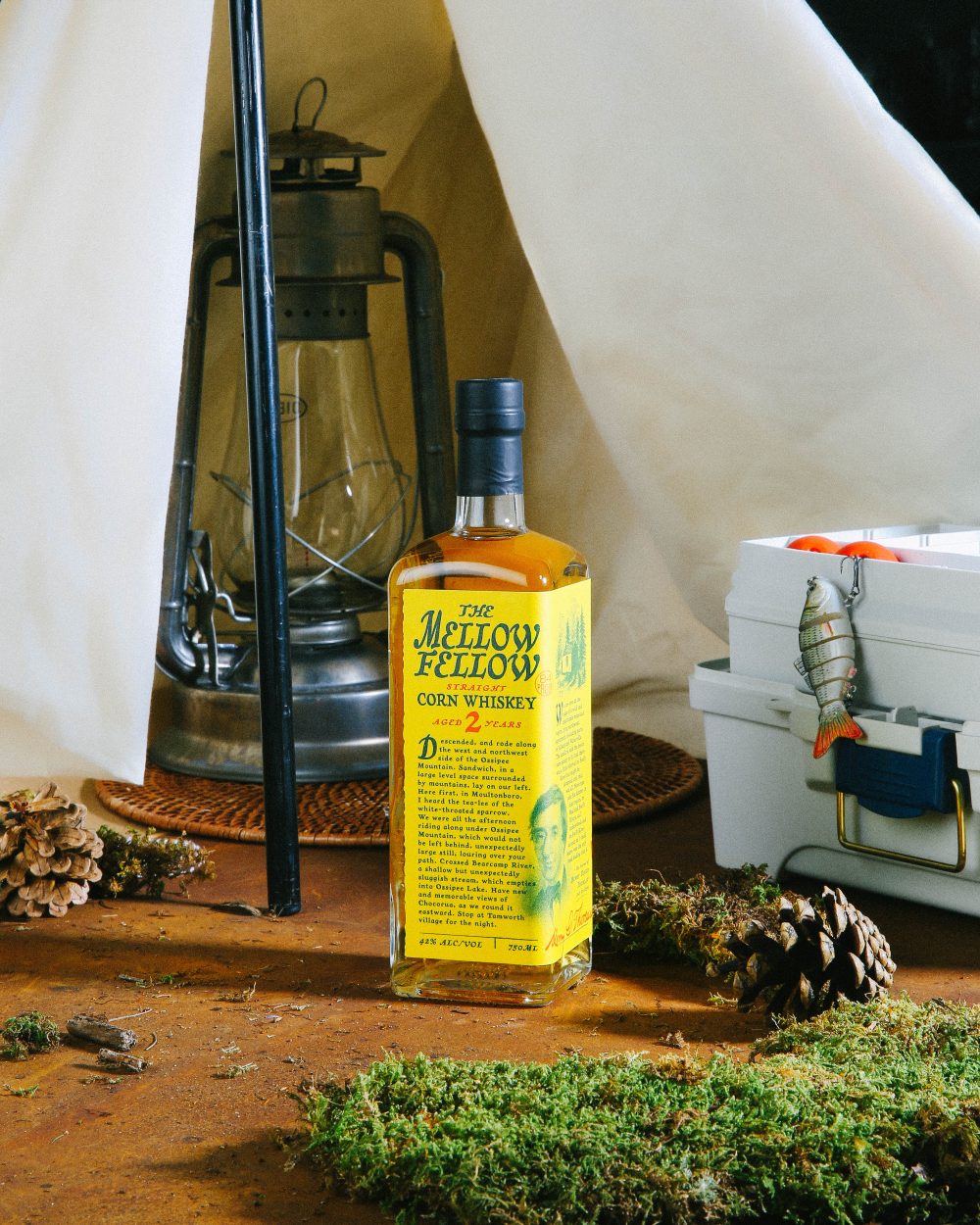 In honor of American essayist, poet, and philosopher, Henry David Thoreau, we named this corn whiskey The Mellow Fellow as a nod to Thoreau’s desire to live simply and peacefully among his natural surroundings.

Northern summers provide a short, sweet growing season for corn. This whiskey was created with a hybrid of Flint and Dent corn kernels, providing an ideal balance of flavor and yield. This synergy makes the best of both worlds for our tougher growing season, and a delectable whiskey. Combine that with careful finishing in used oak barrels, and you have yourself a sipper deserving of the title, The Mellow Fellow.

We modify our approach from our bourbon  in a way to exemplify corn’s lighter nuances. Sweet and mild, with elegant whiffs of hay and apples. A major distinction between bourbon and its lesser known sibling Corn Whiskey is the use of extremely high corn percentage and used barrels. In the case of The Mellow Fellow, house made apple brandy and bourbon barrels are used to age for 2 years. This softens the spirit, without loading it with oaky tannins and heavy wood sugars. The result is faint impressions of the used barrels and a pale golden hue.

A snifter of The Mellow Fellow has a light fruit and cornbread aroma. The color is straw-like, with a citrine sparkle. Kettlecorn on the nose and in the first taste, which hints to a cream soda to smooth out the mid-palate. The fruit from the barrel character is present in an apple blossom like peak. Fragrant and mild, with no over-the-top chewiness or oily mouthfeel.

Mellow golden hue with more apple and berry fruit on the nose than typical caramel and vanilla. A touch of brown sugar sits just below the top notes. Overall, a custard-like presence on the nose, soft and creamy.

The palate has a little more sweet corn grain character than the aroma leads on. The mid-palate has an attribute from the rye, slightly peppery while it activates the sides of the tongue and cheeks. Clean, less oily than the bourbon brethren. It sips more refreshingly from start to finish with a livelier experience.