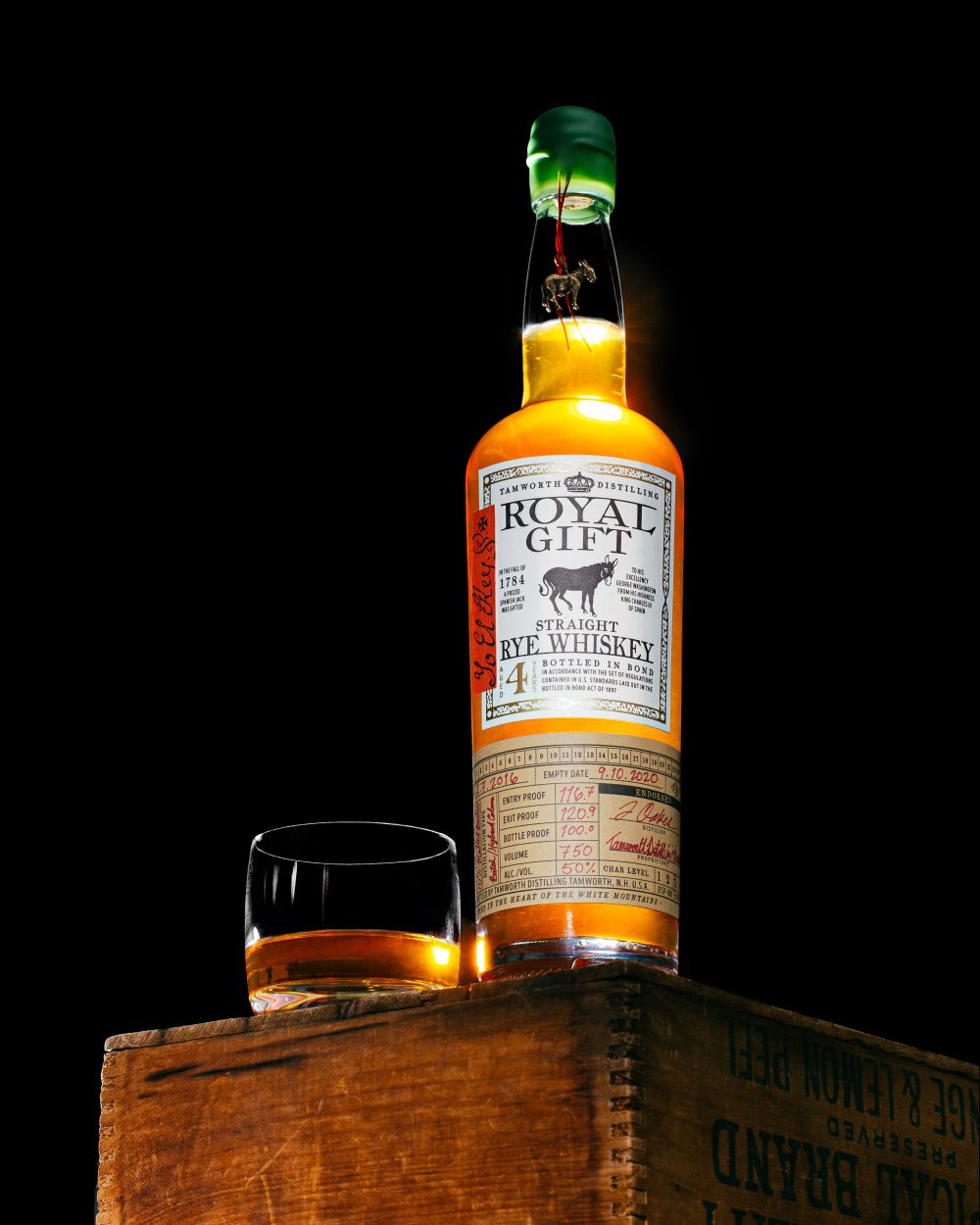 In fall of 1784, George Washington was bestowed with a long-awaited gift from his highness, King Charles III of Spain. It wasn’t a portrait, or a statue, or even jewels. Rather, it was a donkey.

Though Washington built his legacy as a soldier and president, his first passion was agriculture. Always the innovator, Washington predicted—rightly so— that mules would revolutionize American farming given their ability to perform the same work as a horse with a fraction of the sustenance.

But alas, there were considerable obstacles. Mules are only produced through the mating of a horse and donkey, and donkeys were obsolete in America. Spain boasted the finest in the world, but they were illegal to export without royal exemption. After years of attempts, Washington was at last able to “procure permission to extract a Jack ass of the best breed.” The generous King Charles III promptly sent two donkeys, and the one that survived the voyage came to be known as Royal Gift.

Tamworth Distilling set out to make a whiskey as rare as its namesake— a 24-bottle, hand-crafted, Bottled-in-Bond Rye Whiskey. From the beginning of its journey, each spirit has been individually produced, thoughtfully letter-pressed, and hand bottled at our Distillery in Tamworth, NH. The limited-release bottles were then swaddled in royal blue tissue paper and wax sealed for the delight of unwrapping. Non-GMO corn that is a cross between the flavorful flint and the starchy dent species is distilled through a bubble cap, four tray whiskey column. This results in a nuanced sipping rye that is fruity on the nose with apple tartness and a deep, warm aroma. The nose has a smoldering sweetness from the elevated proof, which is given structure from the maturing years. Similar to heated caramel, the spirit has a confectionery evolution that lingers on the finish, reminiscent of ‘sweet rye’ bread topped with cherries.

ONLY 12 BOTTLES AVAILABLE THROUGH TAMWORTH DISTILLING – SOLD OUT!

ONLY 12 BOTTLES AVAILABLE NATIONALLY THROUGH SEELBACH’S