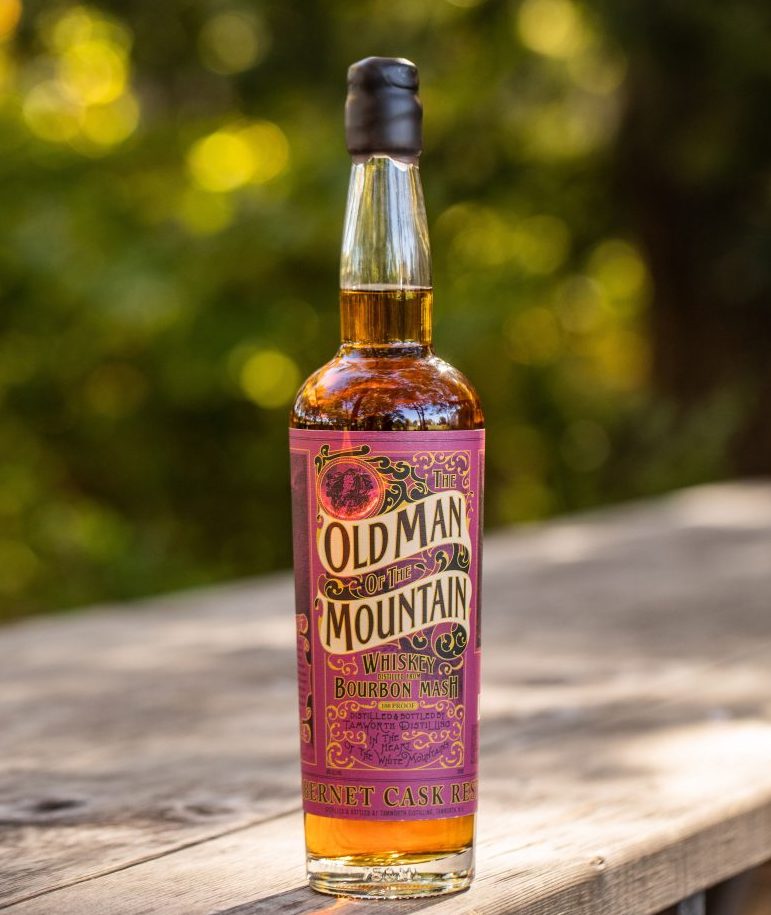 The Old Man of the Mountain Bourbon Cabernet Cask

The Old Man of the Mountain Bourbon Cabernet Cask is a rare single barrel limited edition made from 82.4% organic yellow corn, 11% organic rye, and 6.6% malted barley. We fermented this bourbon using a traditional sour mash press and aged it for seven years— that is, two years in a Kamen Cabernet Sauvignon barrel of French oak followed by five years in a #3char Kentucky-made 53-gallon oak barrel. We applied Old-World double pot distilling methods used in traditional Scotch and Cognac distillation to maintain the new bourbon’s natural flavors with the addition of the Cabernet Cask, which adds a hint of strawberry to the nose. The berry tartness carries over to the finish, making the final product a delicious and unique twist on New Hampshire’s favorite bourbon.