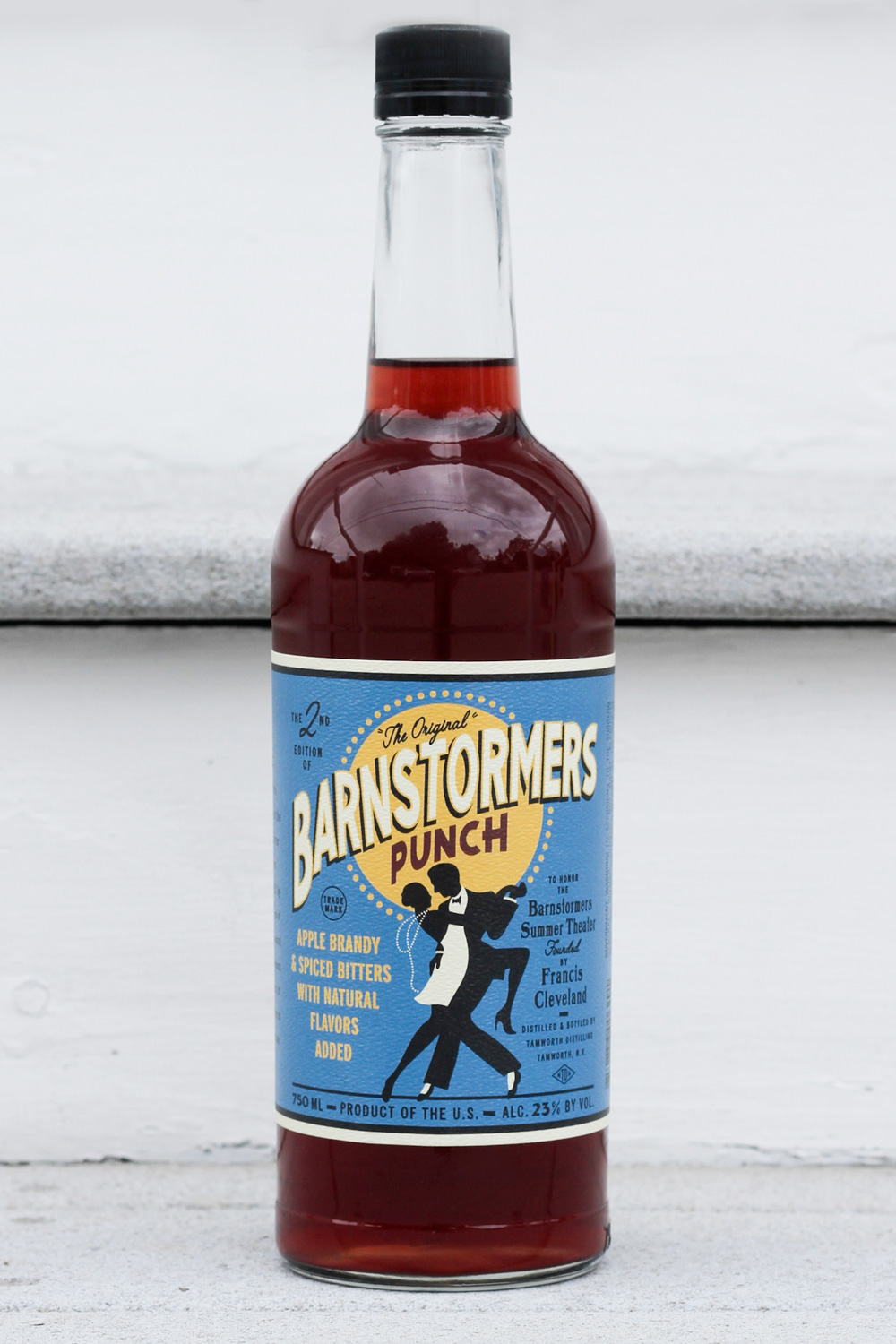 The Barnstormers Theater, located just across the street from our distillery, was founded in 1931 by Francis Cleveland (son of President Grover Cleveland), making it the longest running professional summer theater in the country. Its name comes from its early performance practices: the company would travel throughout the region and literally storm barns, often the only “performance space” in town. At the end of each week, they would return to Tamworth, greeted by First Lady Frances Cleveland, to put on a show for the hometown crowd.

Inspired in part by the prohibition era in which the Barnstormers were founded, the punch is not unlike something those early Barnstormers might have mixed up at Tamworth Garden with a bit of illicit hooch. A base of raw apple cider from a local New Hampshire Orchard is fortified with unaged apple brandy, and infused with whole cherries and house-made bitters. The result is a ready-to-drink bottled cocktail, with sweeter flavors of kola, cider, and sour cherries balanced by wild cherry bark and gentian root. The finish is vivacious, with brandy aromatics and a touch of black peppercorn and almond.

This bottled cocktail is only available during the Barnstormers summer season for as long as supplies last.