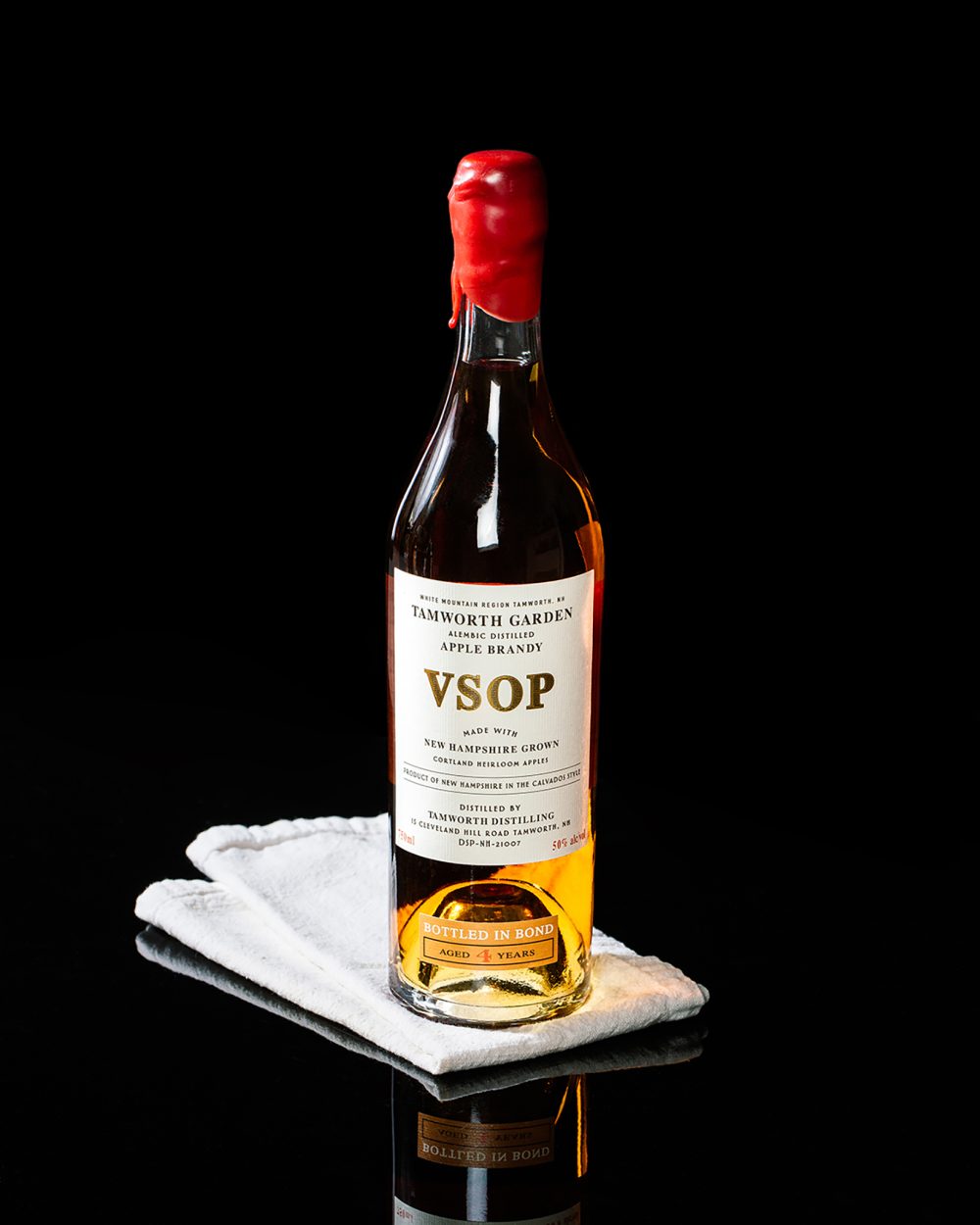 One of Tamworth Distilling’s most luxurious spirits, Tamworth Garden V.S.O.P. Apple Brandy is an experiment in purity and terroir. It begins with the apples: heirloom Cortland apples grown in Concord, NH at Carter Hill Apple Orchard, one of the oldest active orchards in the United States. It is then double distilled in a traditional alembic still, in the style of French Calvados, ensuring that the barrels are packed with New Hampshire apple flavor. The resulting spirit is barreled in new oak at no more than 125 proof, before aging for at least 4 years in our bonded barrelhouse.

This distillation and aging process adheres to the standards of both the Bottled in Bond Act of 1987 and V.S.O.P. (as established by the Bureau National Interprofessionnel du Cognac in 1983). The result is an apple brandy produced by one distillery, in one season, aged for four years and bottled at 100 proof: unadulterated, with no artificial colors, other spirits, or younger brandies mixed in.

Tamworth Garden V.S.O.P. pours rich and golden in the glass, with custard-y richness on the nose and a full-bodied mouthfeel. Hints of stewed apples and tobacco smoke punctuate whiskey-like notes of vanilla, cinnamon, and clove. Take a sip and appreciate the simplicity of the humble apple, and its journey from the orchard to your glass.