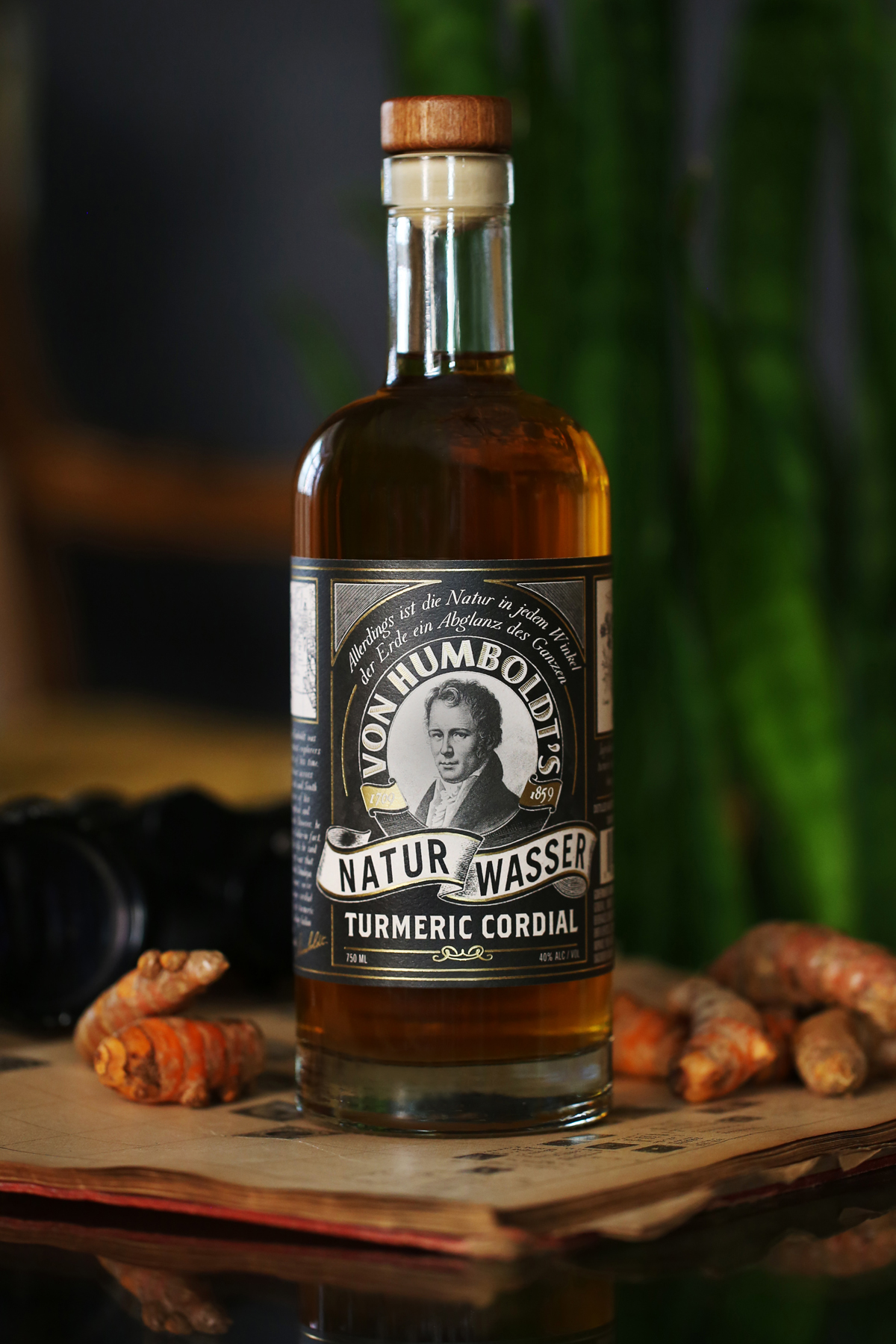 Von Humboldt’s Turmeric Liqueur is the second in Tamworth’s series of spirits inspired by 19th century explorer Alexander von Humboldt. Turmeric on its own is quite a powerful, bitter flavor, so our distillers combine it with the floral piquant of coriander seed and bitter melon and orange to smooth things out, then lemon zest to bring them together, underscoring the bitterness and opening up the spice on the nose. The final result is worthy of any discerning globetrotter’s amaro line-up: an earthy modifier that is able to stand up in a cocktail as a base, serve as an intriguing addition to a drink, or be sipped on its own as a digestif. 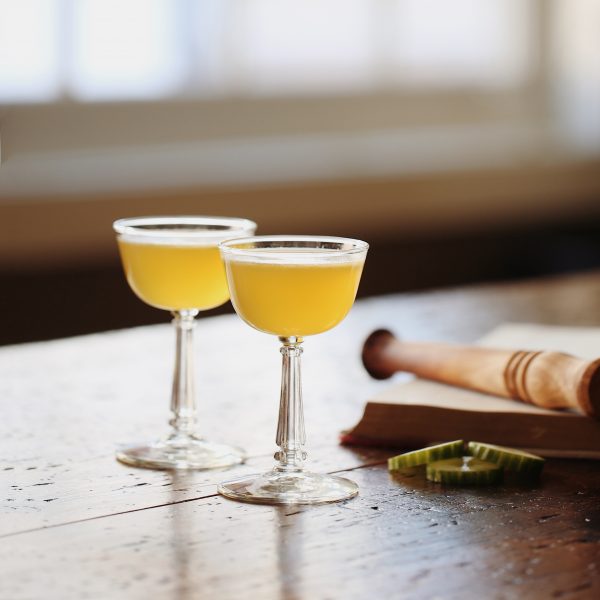 Muddle cucumber in bottom of shaker, add all liquid ingredients and shake with ice. Strain into a coupe glass and float a cucumber on top as garnish. 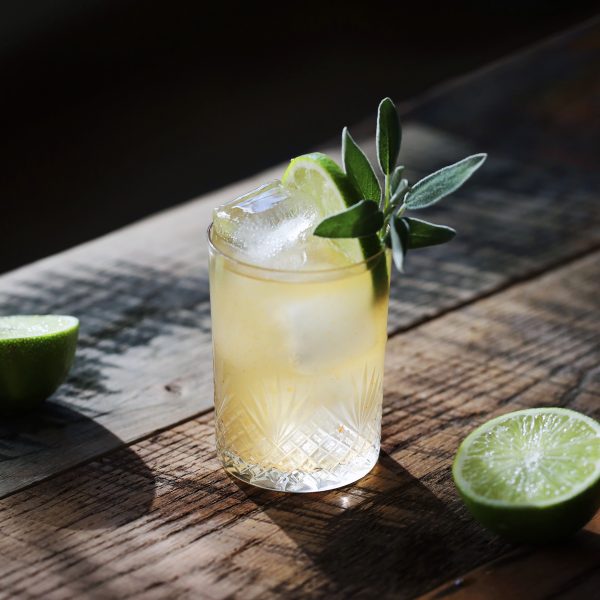 Add all ingredients to a shaker with ice, shake and pour into a wine of double rocks glass. Top with a splash of club soda and garnish with sage and a lime wheel. 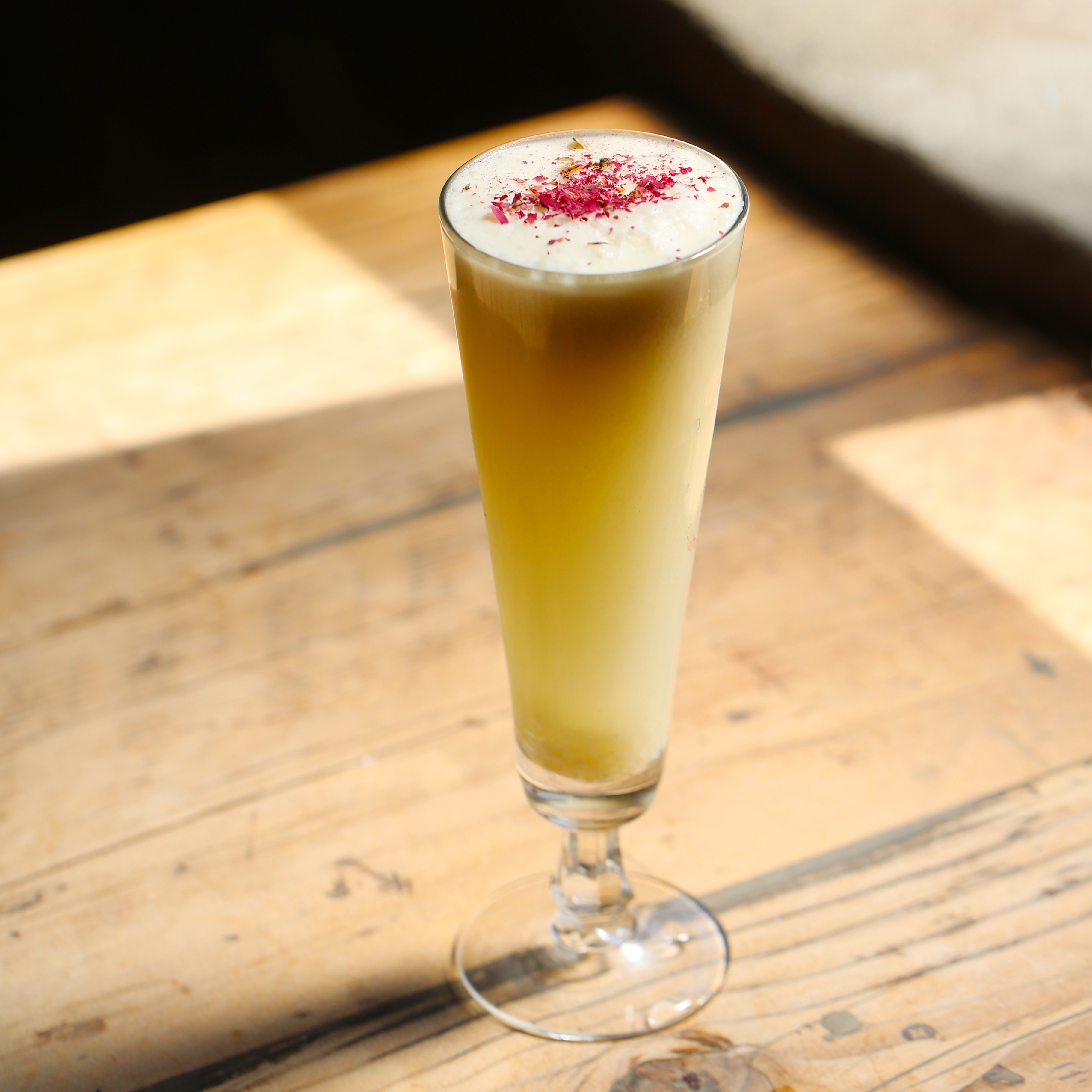 Shake with ice, strain into a chilled soda class, & top with club soda. Garnish with some dried flower petals.