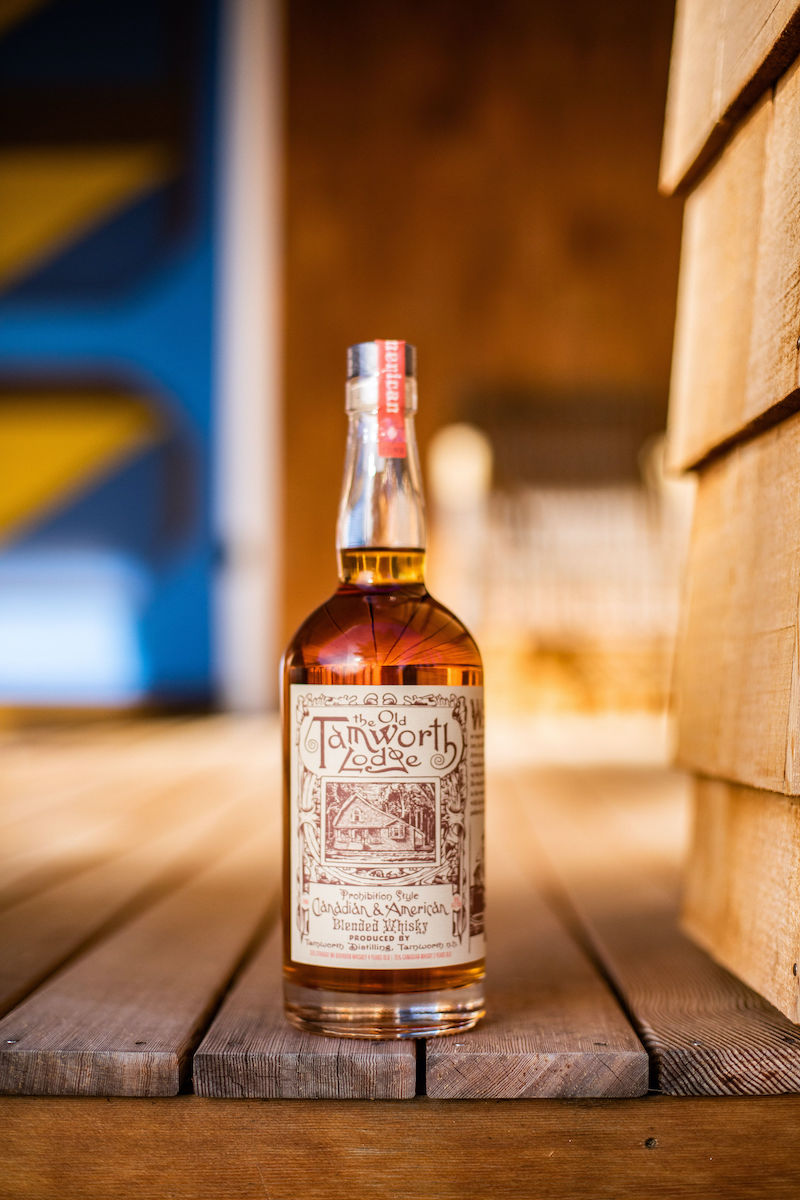 With the passage of the Eighteenth Amendment, our country entered into an era of lawlessness. This period was so ungovernable, in fact, that according to local lore, the Sheriff of Tamworth would regularly drive up north to the border, where his Canadian confidants awaited to help load up his police car with their Whisky. He would return to a hidden lodge in the woods at Great Hill Farm with his bounty, where townsfolk gathered, ready to party.

As a tribute to this story, we sourced fine Canadian Whisky and blended it with our very own scratch made Old Man of the Mountain Bourbon. Here’s to that New Hampshirite who traveled dark notches in the middle of the night to ensure his neighbors never went thirsty, and his friends up North who helped.