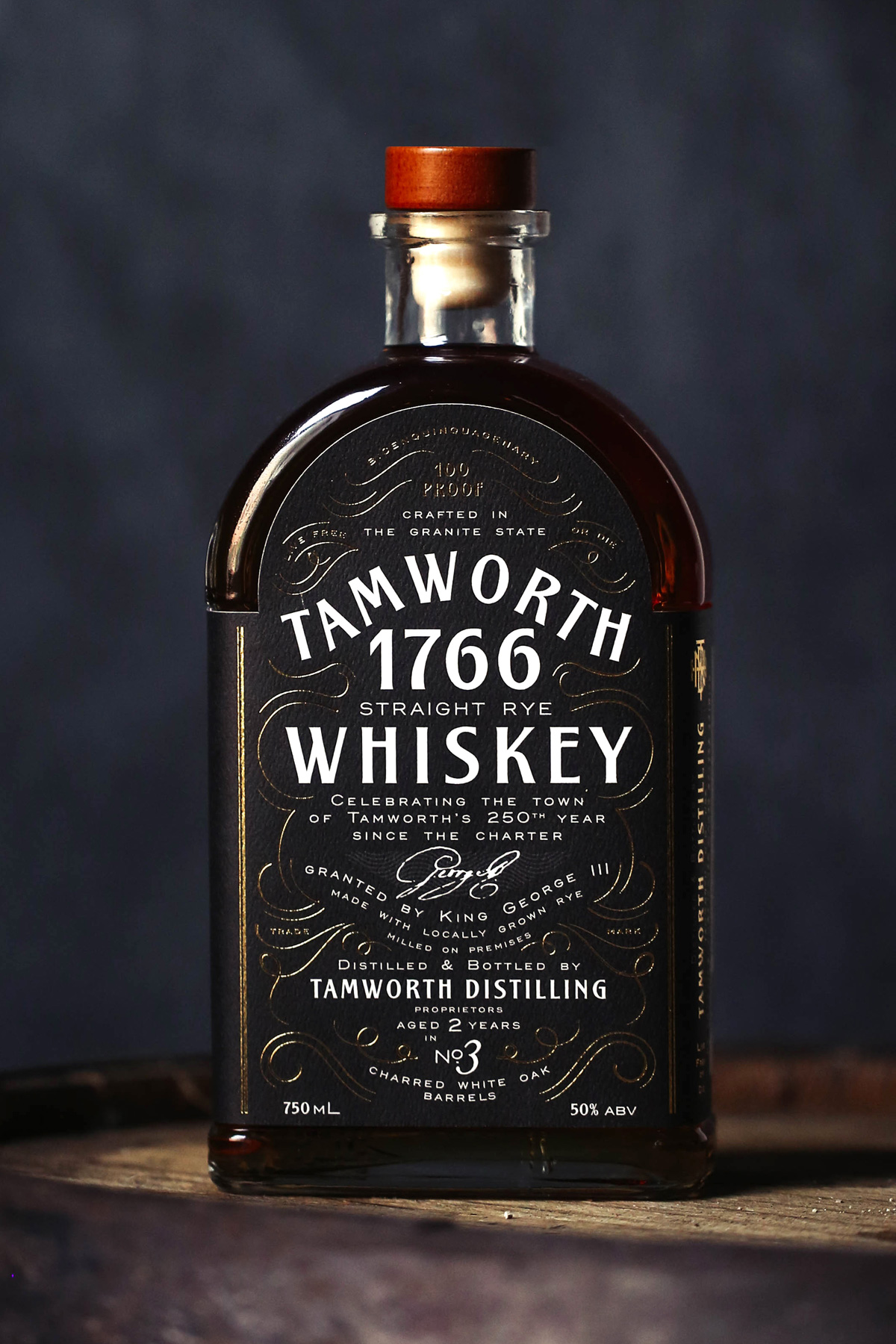 On October 16th 2016, two hundred and fifty years after the signing of the town’s charter, Tamworth Distilling & Mercantile released their first aged spirit: Tamworth 1766 Rye Whiskey. Only 250 bottles were made and sold out within weeks of its release.

In 1766, Tamworth was granted a charter by England’s King George III, in the name of New Hampshire governor Benning Wentworth. Early settlers began to build homesteads and planted the first crops — nearly all were farmers, growing corn, wheat, and rye. Gristmills soon began turning, powered by the town’s rivers and streams.

In the spirit of those first settlers, all of the grain came from nearby regions, and was milled on-site. Rye was chosen for its reputation as a “northern grain”, and as one of the crops early Tamworth farmers would have grown. The mash is 55% Maine organic rye, and 45% malted barley from Hadley, MA. Aged for two years in 53-gallon, No. 3 charred white oak barrels, the whiskey is a combination of the first four rye mashes ever distilled at TDM.