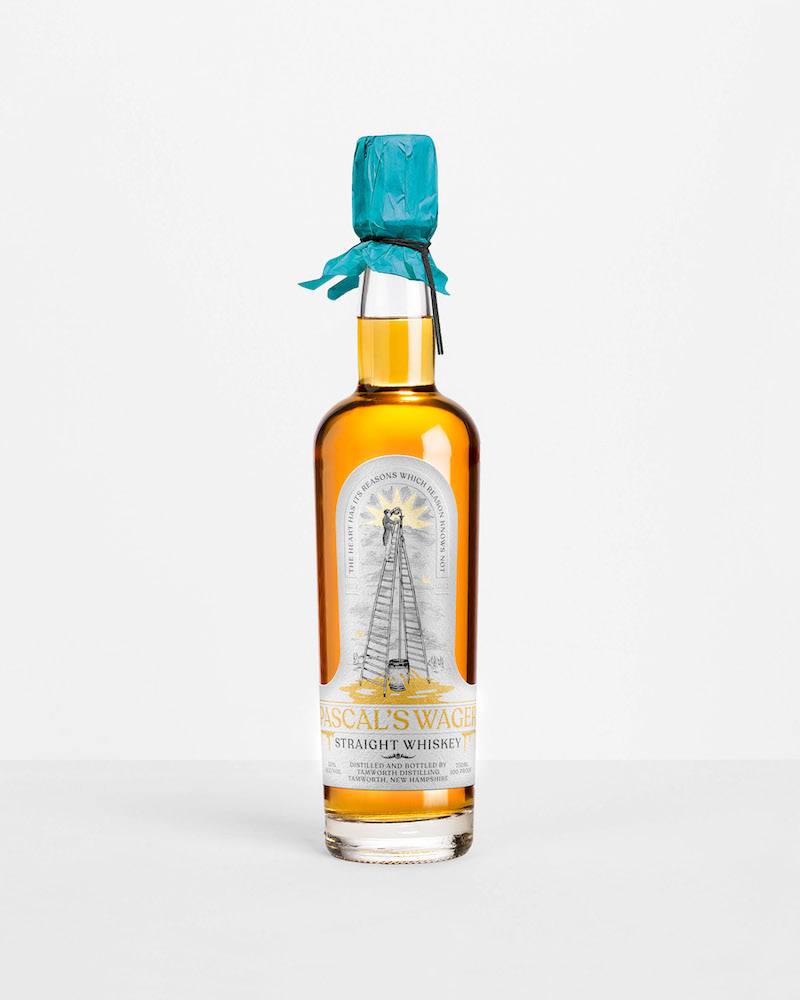 To play it safe, or to play it sorry— that is the premise of one of the most famous arguments in philosophical theology, Pascal’s Wager. 15th century French mathematician and philosopher Blaise Pascal borrowed from the gambling hall for his argument, which states that since evidence alone cannot prove God’s existence, each person has two choices: to believe in God, or not to believe in God.

Now, one sip of this whiskey has the potential to poke a hole in Pascal’s argument, given that the quality and taste is the ultimate evidence of God’s existence. And He wants you to be happy— so drink up!

In preparation for two special release barrels in the summer of 2022, we explored with some initial blending of the two. That is, a 50/50 split of the oldest bourbon released in New Hampshire (Old Man of the Mountain 7 Year Bottled-in-Bond) and a bourbon rested in used French oak wine barrels. It proved to be a wonderful medley, so we withheld a small portion of the hearts of each individual release (the best part of the barrel) to be blended as a rare addition to our whiskey program.

As far as its flavor profile goes, a bright berry fruity nose hangs over a sweet bready under layer. You can also expect the aroma of bread with a hints of apple butter and molasses. A drizzle of molasses and a touch of apple butter are present on the mid-palate and warm to a cinnamon heat on the finish.