The apple doesn’t fall far from the tree here at Tamworth Distilling. In fact, they all go right into our spirits! We’re lucky to have an array of wild apples grown in Tamworth, and surrounding communities. Over the years we have taken our local apple harvest and distilled apple brandy, applejack, eau de vie, and even collaborated with local cidery Dube & Robinson to create a fresh pressed cider, aged in our recycled Tamworth 1766 Rye Whiskey barrels.

There’s one more apple spirit to be had, but before we get into that, lets appreciate the process. Here’s a little background on how we’ve created a medley of apple libations.

First we’ll start with one of the nation’s most foundational spirits: Apple brandy! The history of apple brandy stretches all the way back to the 1600s, when colonists were cultivating apple orchards throughout the Northeast to produce cider. Soon, the cider was left in barrels overnight which caused it to freeze, a method revered to as “jacking” or freeze distillation. 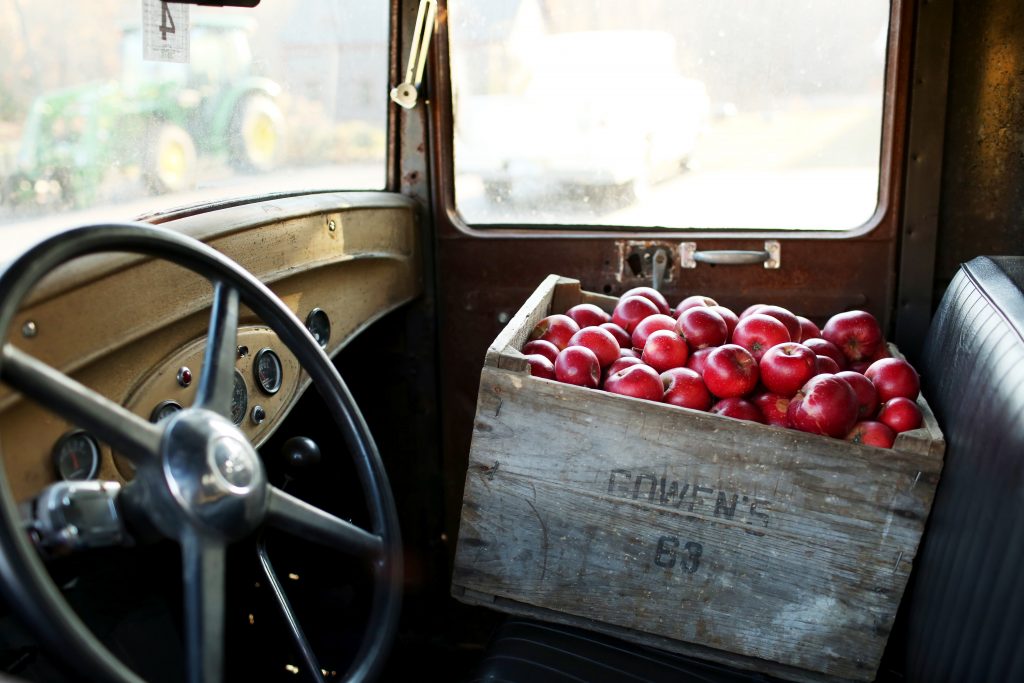 This allowed for the separation of water and alcohol resulting in a concentrated apple spirit higher in proof.

Speaking of historical spirits, that brings us to Cherry Bounce! Dating back to the 17th century, Cherry Bounce was a favorite drink of George Washington, who enjoyed the brandy-based recipe made by his wife Martha. He was known to take a canteen full of Cherry Bounce for jaunts with his prized dog, Sweetlips.

Starting with Martha’s original recipe, we adapted our own interpretation to make something that was true to history yet truly unique. Our distillers adapted Sweet Lips has a base of house made rye whiskey, stored in oak with Montmorency cherries, apple brandy and neutral spirits for infusing. Sweet Lips Cherry Bounce is a liqueur full of luscious cherry flavor, warm spice, and a deep smoky base with notes of leather and tobacco. 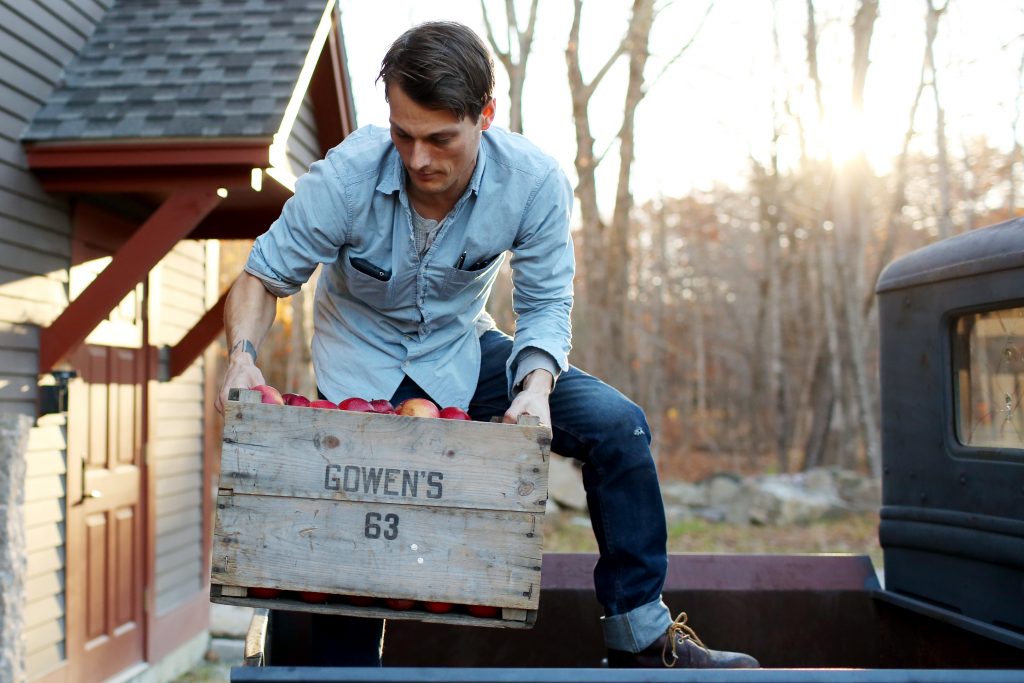 One of the purest apple spirits is unaged apple brandy, or Eau de vie, which is produced by means of fermentation and double distillation. The result is a clear, delicately flavored apple spirit. Tamworth Garden Unaged Apple Brandy began its life deep into apple cider pressing season. After putting away several barrels of apple brandy for aging, the distillers decided to keep one barrel for immediate release. This unaged apple brandy is a true essence of New Hampshire apples. Rich and full-bodied with the sweetness of Macintosh and Cortland apples, this particular blend lends a complexity as well as a slight tartness on the nose.

Each summer we release a limited run of Barnstormer’s Punch, which is another apple based concoction. It has a base of raw apple cider from a local New Hampshire Orchard, which is fortified with unaged apple brandy, and infused with whole cherries and house-made bitters. The result is a ready-to-drink bottled cocktail, with sweeter flavors of kola, cider, and sour cherries balanced by wild cherry bark and gentian root. The finish is vivacious, with brandy aromatics and a touch of black peppercorn and almond. 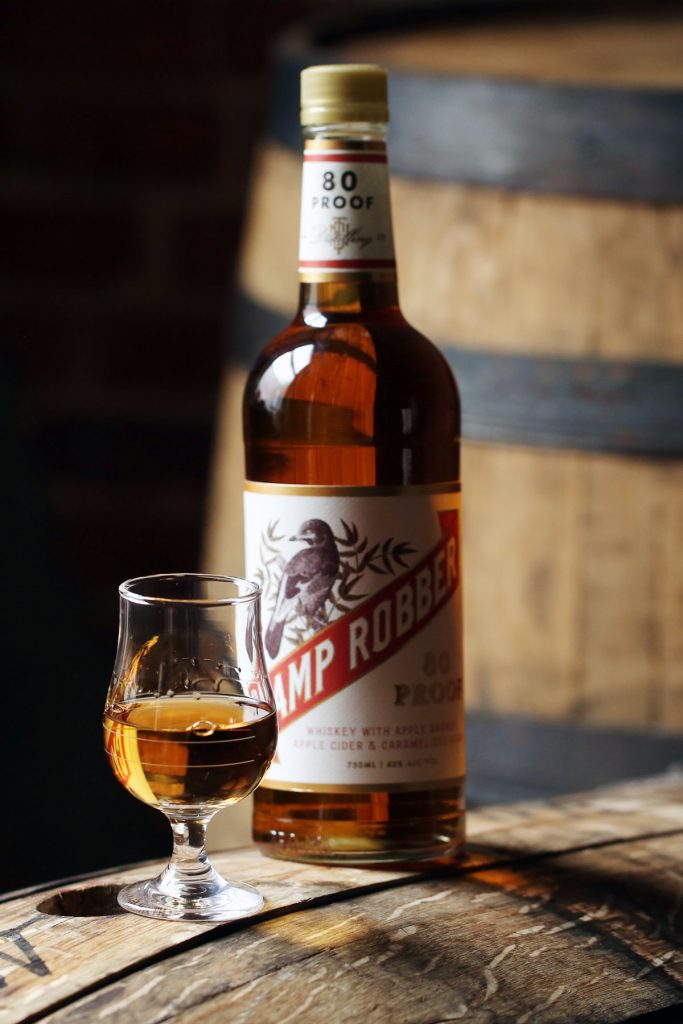 Moving on to whiskeyjack, ours is a combination of both whiskey and apple spirits. Tamworth Distilling’s Camp Robber Whiskeyjack is made from a “stolen” still-aging 16-month bourbon made from organic corn and rye, apple brandy and fresh apple cider. The result drinks like both a whiskey and an American applejack, with sweetness from the bourbon, acidity from the cider, and a spicy backbone from the rye supporting the light, floral brandy.

When we joined forces to make 1766 Cider with Eric Dube and Will Robinson, we used their handed pick apple cider and repurposed barrels from our coveted Tamworth 1766 Rye Whiskey. When making apple cider, it’s important to use apples with more acidity and tannins found in “eating” varieties, which are not very palatable if eaten on their own, but they make do delicious cider. Cider is a natural liquid that is obtained from the pressing of a finely ground apples, and under the proper conditions, it undergoes a natural fermentation process. Since yeasts are already present in apples, they converts the apple sugars into ethyl alcohol and carbon dioxide, which yields a sweet and tart alcoholic juice. 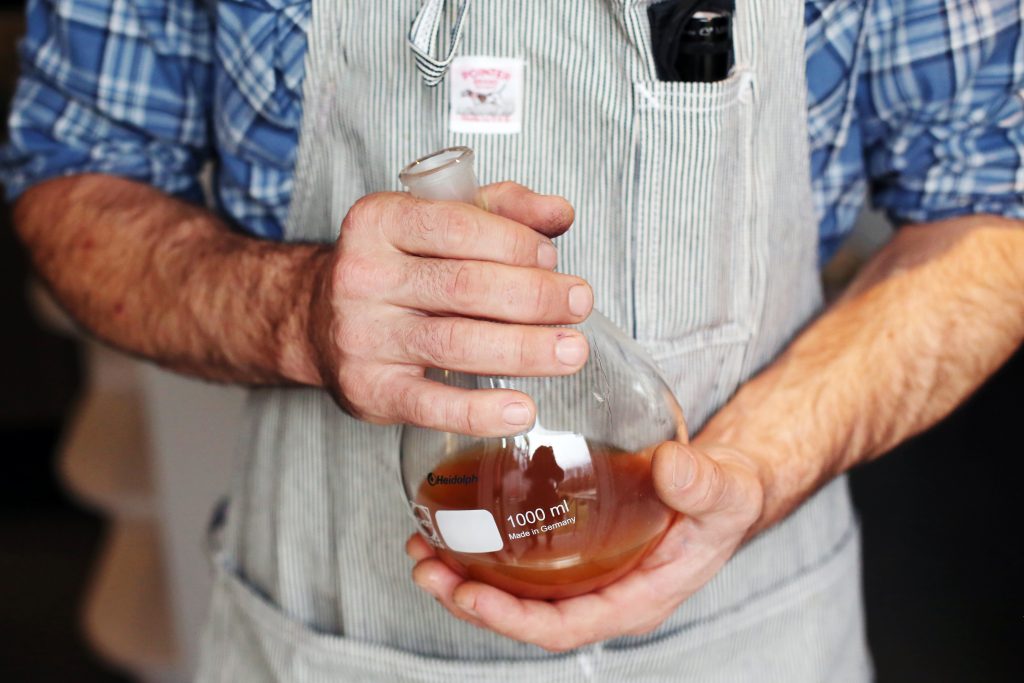 Lastly we have our latest spirit: Tamworth Garden Pommeau! Pommeau is a traditionally French endeavor,  where fresh apple cider is fermented and distilled, then aged. A select amount of this apple brandy product becomes the alcoholic base and preservative for fresh cider to be aged in barrels. The result is closer to an aperitif, cordial or after-dinner wine. Generally sipped neat, chilled or even room temperature to allow for the full evolution on aromas and flavors. You can enjoy this unique blend of aged cider and apple brandy by picking up a bottle at Tamworth Distilling on Friday November 3rd.

With all of that, we have just one question for you – How do you like them apples?